Standing for Role-Playing Game, RPG is a game system designed to allow each player to create their specific role. A role-playing game may be set in any historical period, starting from Classical Greek settings or the Middle Ages and ending with futuristic worlds that can even include supernatural elements such as magic, ghosts, occult and religious themes.

Characters that are placed in these game worlds and played by the users can be anybody ranging from Knights, Ghost Hunters, Starship Captains, or other characters that developers could ever come up with. The only limits to the player's imagination are the game rules and the director of the role-playing game, known as a Game Master (GM). The G.M. is the one who arbitrates the rules and works side by side with the players to craft a story filled with adventure. Everything you need for a captivating tabletop role-playing game is the Universal Battle System Game Rules, paper, pencils, and dice. 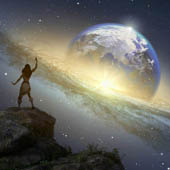 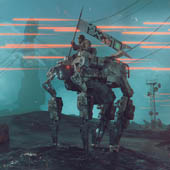 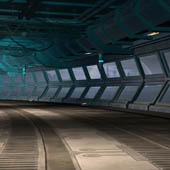 What is a Multi-Verse RPG?

Now let's dive deep into the Multi-Verse RPG Game Setting, which is a setting that can take place almost anywhere and at any time. Thanks to the Multi-Verse Setting, players can travel from one galaxy to another in the time it would typically take someone to walk to their mailbox. Such game settings have not only our habitual human races and nationalities but also alien species that can be simply made up within the game rules. Be as creative as you can: maybe some alien species are just like us composed of flesh, others might have exoskeletons; still, others are made of nothing else but energy or crystals. With multiple planets, star systems, and galaxies, the only limit is your imagination.

Because of the myriad different worlds that game settings offer, the Universal Battle RPG Rule Set can support a multi-world campaign. This means you can play in almost any historical or imagined period and game setting you like. Prehistorical game setting with cavemen fighting for their survival? Universal Battles has all the necessary rules for that. Maybe you enjoy a classical setting ofHellenistic Greece? The Universal Battles RPG Rule Set can handle that, too. If you are more into the Medieval European setting filled with magic and dragons, our RPG Game System offers rules for that as well. Willing to plunge into the world of the future? Universal Battles ruleset also supports sci-fi elements, such as spaceships, space, and warp drives.

If you're the sort of player who enjoys trying everything out at once and letting their imagination fly, you can mix and match elements in the rule book in any way you like. World War I with laser rifles? You can do that. Knights fighting dragons with laser swords? That's absolutely possible with Universal Battles. Western setting with plasma weapons and robotic horses? Universal Battles can easily do that. Players and G.M.s are only limited by their imagination and what they feel works best for them.

How it all started